The Julfa Cemetery Digital Repatriation Project was initiated and developed by myself and Dione McAlary at Manning Clark House in Canberra. After the first year and a half we took the project to the Australian Catholic University and brought Harold Short and Drew Baker in to work with us. After our major exhibition in Rome, we have put this project on hold until more funding can be secured. It has cost us well over a million dollars to get as far as we have. Hoping to resume work on this project some time in the future. My role has been as project co-director (with Harold Short) and director of photography.

The project aims to return the 2000 medieval UNESCO intangible world heritage khachkars from Julfa to the Armenian people. The project outcomes will include two permanent 3D installations, in Yerevan Armenia and Sydney Australia, as well as an international touring installation. These three installations will present the 2000 khachkars in a 3D virtual reconstruction of Julfa cemetery’s geographical location in what is now Azerbaijan. Further outcomes will include an online virtual reality version of the cemetery installation; a permanent archive of historical photographs, facsimile illustrated manuscripts, maps, journals and other documents available online and from the Australian Catholic University; online and face-to-face workshops in best practice digital repatriation; published books and papers and international conferences on digital repatriation of destroyed cultural monuments in the Near East and Middle East.

Methodologies, primary and secondary sources, internet and physical resources and regular project updates will be provided in order to facilitate and support other digital repatriation projects.

The project has drawn on expertise across disciplines and institutions, and is especially indebted to its association with Manning Clark House. For details of the project team, please see the working papers below. 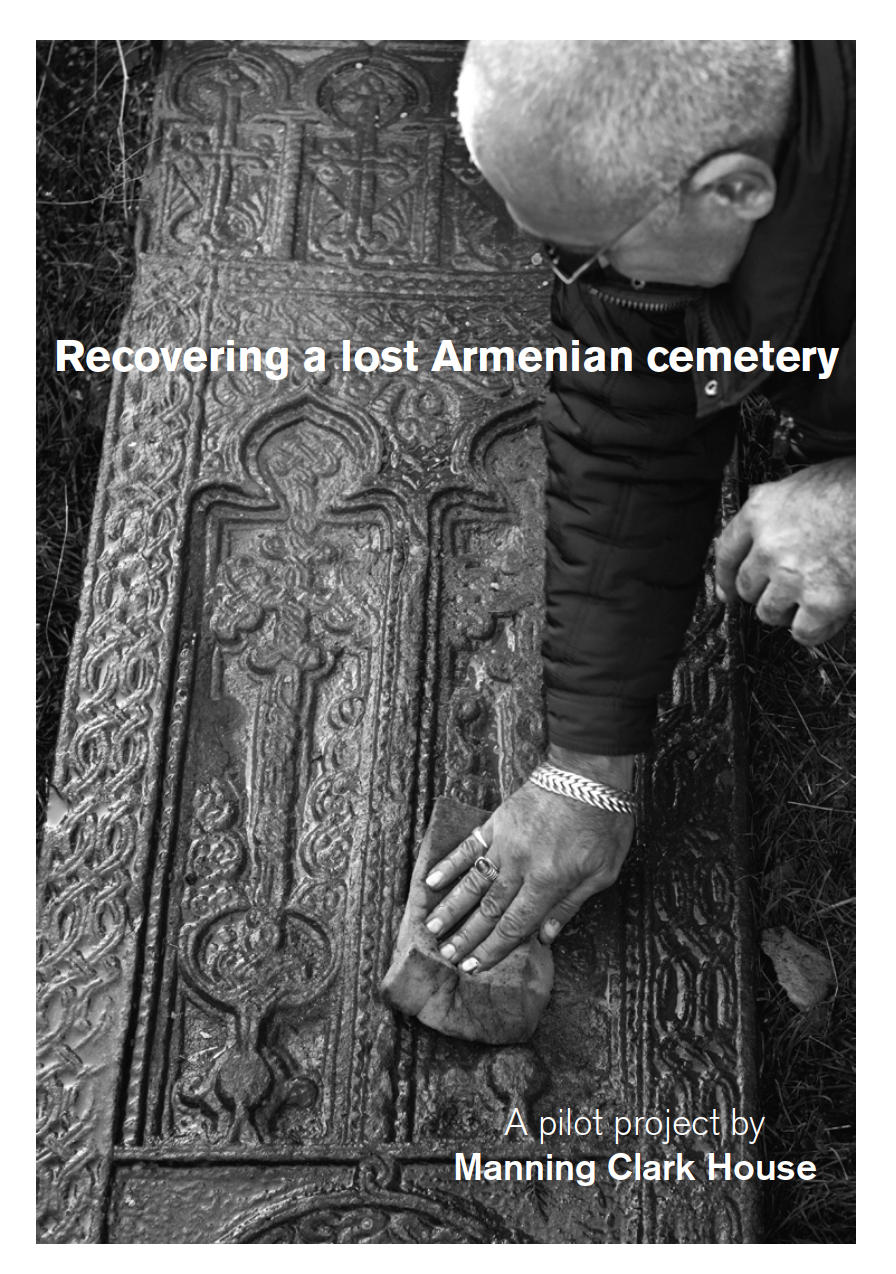 The historic cemetery at Julfa Ջուղայի գերեզմանոց stood until 2006 on the banks of the Arax river between Iran and Nakhichevan, west of the ruined city of Jugha. Culturally and historically unique, Julfa was one of the oldest Christian cemeteries in the world. At its peak it held more than 10,000 ornately carved khach‘k‘ars (cross-stones) dating from the fifteenth century and ancient ram-shaped stones, dragon stones and tombstones. Until its destruction, Julfa was the most expansive Armenian cemetery and held the most significant collection of khach‘k‘ars anywhere in the world.

Of these sacred artworks, once found on the banks of the Arax River, none now remain. From 1998 the cemetery was subjected to systematic wilful destruction by military forces and, between 2005 and 2006, was definitively destroyed. Significant efforts were made by the Armenian Government to alert the international community to the destruction of this cultural heritage, including formal approaches to UNESCO. Shortly after the total destruction of Julfa cemetery, UNESCO included Armenian khach‘k‘ars on its list of Intangible Cultural Heritage.

In 2013 a small research team travelled to Armenia in search of traces of the destroyed Julfa cemetery. Our aim was to uncover enough primary sources—photographs, maps, satellite images, documents etc.—to create a virtual Julfa 3D cemetery, a digital heritage reconstruction. The results of our research in Armenia, together with a collection of photographs, was published in the ebook “Recovering a lost Armenian cemetery”. That pilot has now become an ongoing research project hosted by the Institute for Religion and Critical Enquiry at the Australian Catholic University. The Julfa project now has copies of every existing photograph of Julfa cemetery prior to its destruction. We have tracked down, photographed and 3D scanned every surviving Julfa khach‘k‘ar, without drawing attention to their locations. We have recently completed our third field trip and are working with cutting edge 3D visualisation tools, expanded human rights photography and traditional scholarship to digitally recreate the entire medieval cemetery as an interactive installation.

In May 2016 the project undertook a third field trip, to Armenia and neighbouring countries, with a focus on the extant khach’k’ars (3D scans plus new film and digital photography) and the Julfa environment (photographs and 3D sound recordings taken as close as possible to the Julfa site on the banks of the Arax River).  Three months’ intensive work followed, using these resources, to create the project’s first immersive 3D exhibition.  This was tested in Sydney in August, and was put on public display for the first time in September in Rome, where it attracted a large audience, mainly from the city’s Armenian diaspora community, but also others interested in the preservation of endangered cultural heritage.  There were visitors from Milan, Madrid and London!

The world has become a dangerous place for monuments and we recognise that similar restoration projects may arise in the near future to address recent losses in the Middle and Near East. To assist such projects, and in the spirit of collegiality, we will be continuously uploading our project outcomes and methodologies to this site in the near future. We hope that this site becomes a place where members of the public can interact with us through our information lists, khach‘k‘ar of the month and volunteering program. This project has been established with the help and support of the Armenian Apostolic Church of the Holy Resurrection in Chatswood, Sydney, and we gratefully acknowledge their contribution.