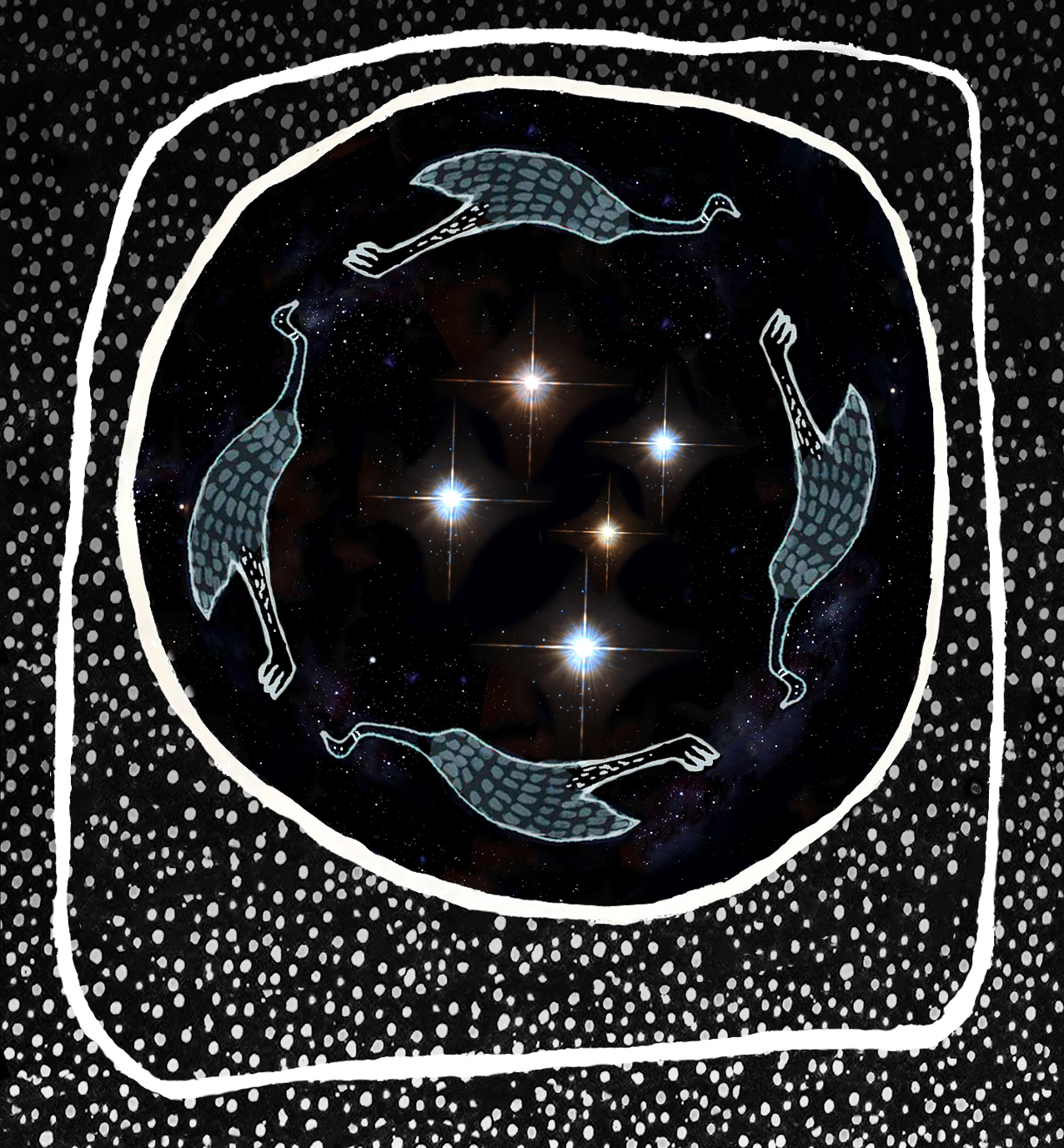 Kurdiji 1.0  is an app created by Warlpiri elders in collaboration with a small group of artists. It is designed to increase resilience in vulnerable Indigenous and non-Indigenous people, and to prevent suicides.

This project has its roots in a decade long friendship I have developed with Warlpiri people in the Tanami desert. My role on the project has been chiefly as Creative Director, working closely with Wanta Jampijinpa Pawu-Kurlpurlunu our Cultural Director. Kurdiji elders from Lajamanu have initiated and led this project, which only includes Warlpiri material and stories. My colleagues Drew Baker (technologist) and Fiona Shand (psychologist) have also collaborated with Lajamanu community and myself to bring this app to fruition.

When a young man committed suicide in 2005, in the remote community of Lajamanu, local Warlpiri elders said ‘Enough is enough’. Decades of western medical intervention had failed to stop indigenous suicides and, in 2005, Lajamanu’s elders took matters into their own hands.

With help from friends, Lajamanu established Milpirri festival to spread the traditional ideas of ‘Kurdiji’  among their young people and to foster a sense of belonging. They began to fight for every single young indigenous life in their community.

Now those same elders want to bring Kurdiji into the digital age, with a community created app based on stories, ceremonies and law. They want to fight for all aboriginal lives, not just those in remote or traditional communities.

They have partnered with an expert team including artists, technologists and a leading clinical psychologist. Kurdiji 1.0 was made possible through a major crowdfunding campaign and the help of philanthropic trusts.

Kurdiji 1.0 provides access to traditional Warlpiri ideas around resilience and self-worth. It uses the model of a hunter, equipping the user with weapons and other artefacts and training based on the behaviour of the desert’s hunting raptors (goshawks, kites, kestrels etc.). The movement of the cosmic emu (the coal sack) in the Milky Way orients the user, providing a reminder in the real world of these ideas that will remain after they have finished using the app. Traditional owners of ancestral stories share them through this app and provide information about philosophical ideas, like skin names, which underpin Warlpiri society to this day. There is a gps enabled map which will tell Australian users whose tribal lands they are standing on. Kurdiji 1.0 features video, photographs, stories, games, drawings, a journal, a mood tracker and links to major Indigenous festivals and organisations.

It will be freely available from October 2018 for Android devices.